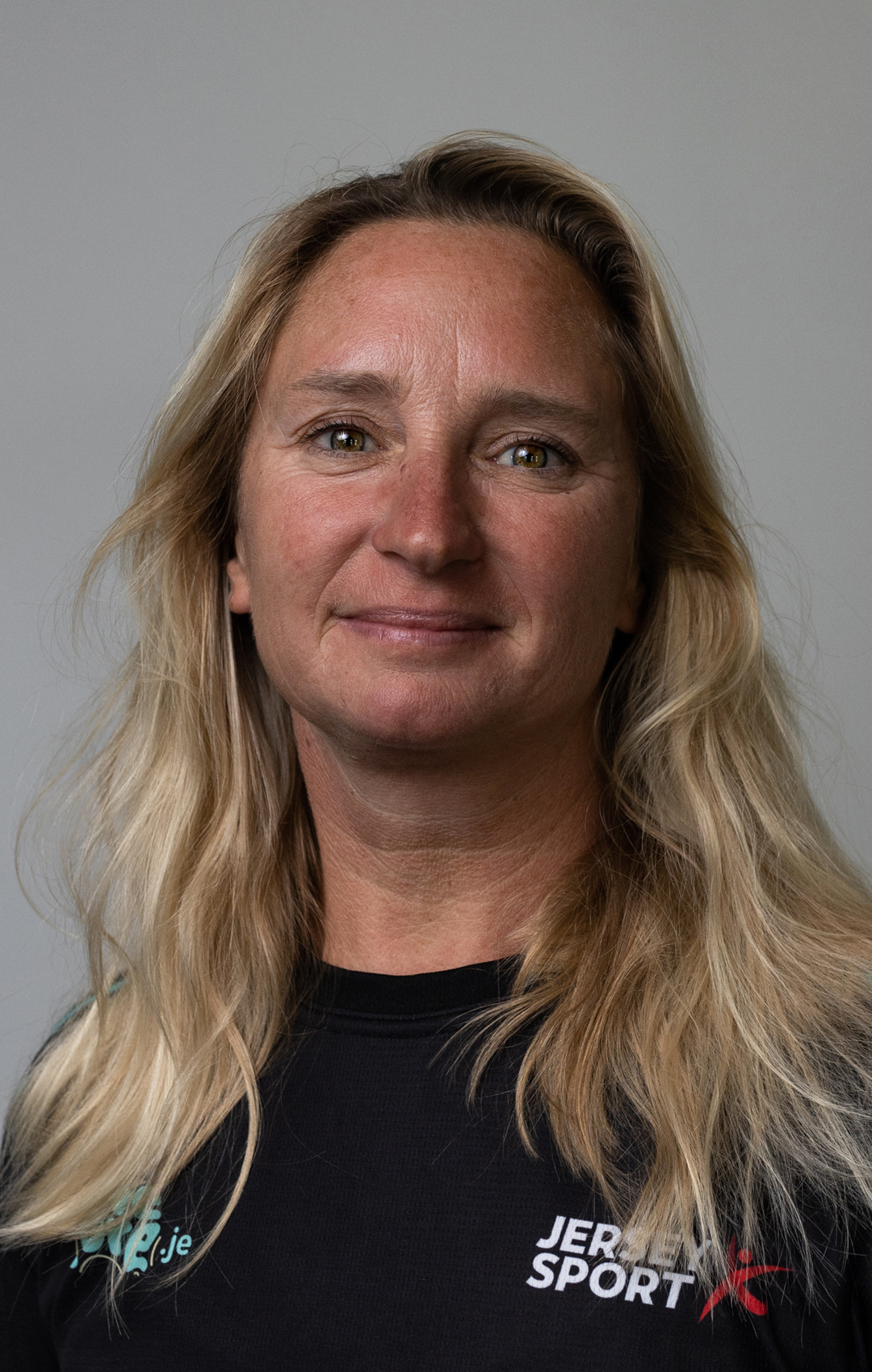 Previous employment before Jersey Sport: Vanessa was born and grew up in Jersey. She moved away in 1991 to attend Southampton University and completed a BSc( Hons) in Maritime Studies. Vanessa then worked for the HM Coastguard in a busy Operations room co-ordinating Search & Rescue, 999 calls & general maritime duties. On return to the island in 2007, she worked for the Quiksilver surf school in the summer and in the winter at Les Quennevais Sports centre as supply staff/ lifeguard.

Hobbies: Vanessa loves anything that involves the sea and being outdoors. She has previously competed in the CI surf team British & European championships. Vanessa is also a Jersey Triathlon Club coach for the junior athletes and she also volunteers with the local charity Healing Waves which allows less abled adults and children the be able to experience surf on a special adaptive board.

Her interests include surfing, sea swimming , Aquathlons, Triathlons and swim-running and being outside at any opportunity in all weathers.